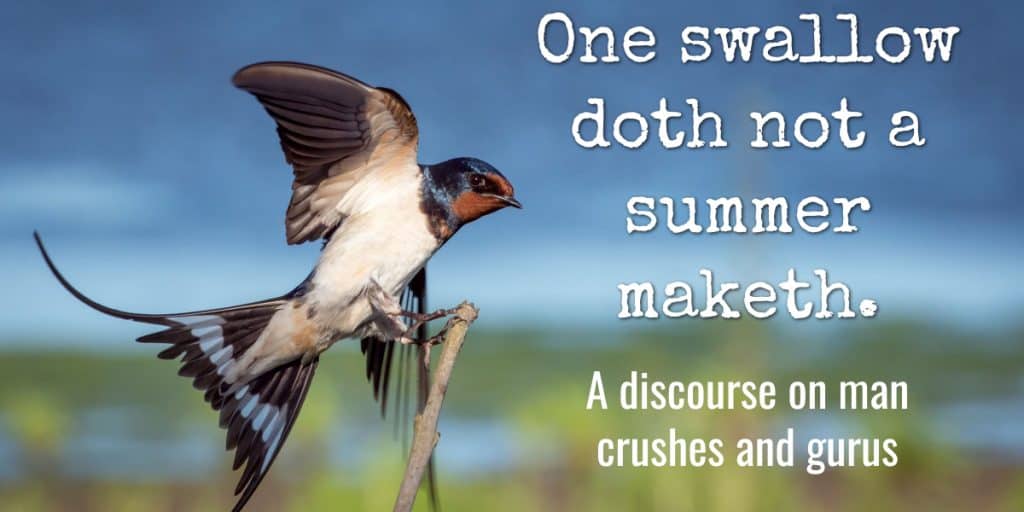 Nee, my fok Marelize, I am so done with these experts and gurus coming off the mountain like Moses and giving us the definitive answers to our problems.

Everyone has an answer to life, love and the universe, and LinkedIn, it appears.

Many of these experts got a luck shot, that had little to do with their own ingenuity.

That’s ok. We all need a break, don’t we? But then to turn that luck shot into a business or philosophy, is a cheap shot. They claim that this is the process that’s going to change our lives, make us money and make us successful.

WTF, it’s not a process. As Aristotle said, “One swallow doth not a summer make.” One success does not maketh a system. Granted, if you vigorously tested the system and got an 80%+ success rate, then it might be a system, and something you could vigorously argue could work.

I once got a training deal for two days. They paid me R250 000.00 I almost had a heart attack. I was incredulous, “Who pays that kind of money?” I had to phone my bestie, Stef du Plessis who is used to earning a year’s salary in a day, to talk me off the ledge.

But it was such a luck shot, and it never happened again. But I didn’t turn it into a system and say this is how to get big deals in speaking and training, and become a speaking coach. Because that would just be deceitful, wouldn’t it?

And, you all know where I am now, don’t you? I’d talk at the opening of an envelope, but I can’t even crack that. So I write LinkedIn profiles. That’s a long way from my dream of becoming a philosophy professor at Stellenbosch University, or even a half decent speaker.

But writing books and LinkedIn profiles is also a random piece of serendipity. I went to an uptight English high school that smashed the Karoo Afrikaans out of me and taught me passable English. Had it not been from that I’d be wearing a two-tone shirt (blue/khaki) and the thick Malmesbury rrrrs, would be rolling off my tongue.

Now that I’ve written this far, I’ve forgotten what my argument is and the point of this piece.

Oh yes, don’t trust a guru (I wrote a moerse long article about my man crushes and gurus). They have just as much kak as you and me, and most of what you see online is smoke and mirrors. Mense, we’re all faking it. We’re all just trying to get along. We’re human and fallible and full of angst.

Of course, hire gurus. You must. They also have to eat. But just take their promises with a huge pinch of salt. They can take you a little way, but never over the finish line. That’s your job.

2 Comments on “One swallow doth not a summer maketh”