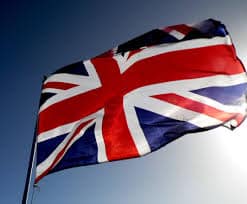 I’m sure you know that Cecil John Rhode’s statue was recently removed from the Cape Town University because of a whole bunch of issues including being a colonialist and messing up everyone’s lives. And, it looks like the activists have their eyes on Paul Kruger’s statue too.

I don’t want to get into they why’s and wherefores of the debate because it is not germane to the point I want to make.

Maybe there’s another view. It doesn’t matter what tribe you belong to, but in one form or another, it tried to colonise and subjugate someone – British, Germans, Zulus, Afrikaners, Spanish, Viking, Hun, Americans and the like.

But we are all here and benefiting from all those that have come before us. We are standing on the shoulders of giants.

Let’s take Britain for example. It’s cool to bash them, isn’t it? The Afrikaner tribe for the atrocities in the Boer War and other tribes for colonising them. But, think about the British inventions that we all benefit from today (and, this is just a handful):

If you go back in the annals of history, you’ll find that pretty much every tribe in this world has contributed something that we are benefiting from.

2 Comments on “We stand on the shoulders of giants”

I’ve also been pondering these things. It seems we all have some morsel of wisdom to offer, if only we could only all get together and agree.

One can’t change history, but I find myself thinking: People are stupid. Colonialists were stupid. Men who wage war are stupid. If only the British, and Dutch and French had landed on these shores with the attitude of “Seek to understand, and then be understood”… I wonder: Instead of assuming that locals were “primitive”, if they’d approached our native African’s with the attitude of “Let us learn about you, what matters to you, and then let us share our own knowledge and our amazing inventions with you. Let us teach your children math and language and science, and you can teach us about the secrets of this continent and how to survive it….”
What kind of Africa would we be living in?

People were stupid. And arrogant and over-ambitious and full of themselves. The colonialists may have made the first mistakes on their arrival, as did the apartheid government. But it’s no use that we keep repeating their mistakes over and over until we turn our country into a warzone once again.

Do you think tearing down statues rectifies the past any more than my dreams? That’s what I keep wondering.

Sadly the people who want to remove the statues won’t be reading this post and are unlikely to be open to a mind change.