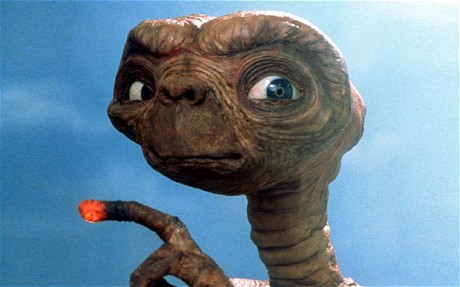 A favourite dinner topic, around our house when I was growing up, was the UFO crash (with five aliens on board) in Roswell, New Mexico on July 8, 1947.

That’s how you roll when you were born to liberal parents in the 60s and 70s. Discussions about the Illuminati, Nessie, Big Foot, Dogons, Sirius, coincidence, synchronicity, religion and the supernatural were not alien in our home. It was standard fare.

I suppose that’s why I’ve always been interested in all things spiritual, alien and unknown. I think I may even be a closet conspiracy theorist. With the kind of father I had, I understand why. But, that’s for another time and three brandies later.

Recently, I revisited the supposed discovery of Noah’s Ark on Mount Ararat in Turkey. It was first sighted by a Turkish Army Captain, Lihan Durupinar in 1959 whilst examining an aerial photo of his country.

There are three views: It’s a load of nonsense (www.snopes.com, the rumour-busting website, thinks it’s bunkum), it really is Noah’s Ark or it’s an alien craft.

I’ve always wondered why government agencies supposedly cover up these mysteries and don’t just play open cards with their citizens. Surely we can handle the truth?

Or maybe our governments (and I may be giving them way too much credit) understand that we can’t handle the truth. They may understand that we’re addicted to hope. And, it’s their jobs to keep hope alive by shielding us from the dark underbelly of reality.

It’s not unimaginable that if there really was a UFO crash in Roswell (www.snopes.com is silent on this matter), it could shatter the worldview of a large portion of our society. If ‘Noah’s Ark’ on Mount Ararat turned out to be an alien ship. Ditto. Similarly, if the Sphinx in Egypt is actually 10 000 years old and not 4 500 as most archeologists believe or have misled us to believe … that has massive ramifications for large swathes of our planet.

So, what’s the internal story around this? In my opinion, the only thing that keeps us going is hope. It can be a belief in a higher power, a belief that things will get better and that there’s a sliver lining to every dark cloud. I think if it wasn’t for hope and a belief in something, many of us would just give up and revert to our baser instincts.

The thing is that the ‘truth’ doesn’t always set you free but it leads you from belief to doubt to disillusionment. I challenge you to deny that when South Africa became a democracy in 1994 you didn’t feel belief and hope. What do you feel now with corruption, poverty and lack of education prevalent? I’ll bet, it’s disillusionment. That’s how I feel, anyway.

That’s why I think governments like to keep things fuzzy. Because when there’s hope and/or doubt there’s always a chance that things will stay the same (for some that’s heaven) or that things will change for the better (heaven for others).

Let me distill belief, doubt and disillusionment even further into our own psyches. I think that many of us don’t act on our dreams and goals because we are scared that the truth will show us up for who we are … not that fabulous and rather ‘meh’. We are taught at a very early age to have belief in our abilities. And, in pre-schools today there’s an “everyone’s a winner” philosophy. Every child get’s a certificate for contributing. But, as you know, in real life, not everyone’s a winner.

Maybe, just maybe most of us prefer to live in doubt (or hope) about our abilities. But the only way to find out if we ‘have it’ is to do it. And that’s where the rubber hits the road. Because when we actually try something we might fail at it. And that truth could suck the ‘lewenslus’ out of us and lead to total disillusionment.

My answer for what it’s worth.

Let the truth set you free. If you really suck at something, it’s better to find out quickly (fail early). This means that you can then focus your energies on finding something you can be successful at. I found out quickly in primary school that I would never sing in the choir (my screeching had cats running for cover) and consequently, I would never be the rock star I wanted to be. So, rather than flog that dead horse, I channeled my energies elsewhere.

And, you know what, I wish I could tell you ‘I’ve arrived’. I haven’t. I keep failing at things. The truth is a bitter mistress. But the hard lessons she teaches me serve me in good stead.

I’m in a better space, more resilient and getting closer to my Magnum Opus. Right now I am the best work I’ve produced. And that’s good enough for me.