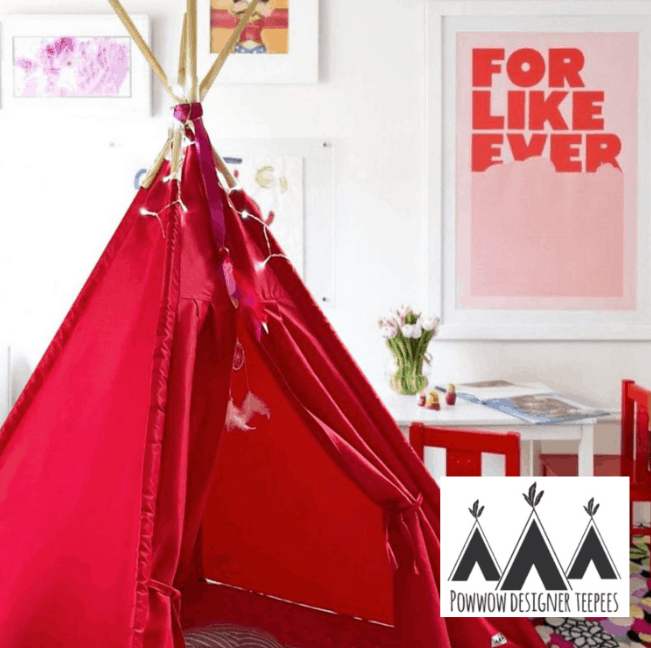 I’ve been helping Celia Jacobson with her teepees and play tents business, Powwow Designer Teepees since 2015.

When she started the business in 2014 with a partner, she only sold four teepees.

I’m sure it was an excuse for the two of them to get together, sew, natter, have a cup of tea (or something stronger).

I came along in 2015 (I started dating Celia) and not having learned from experience, I stuck my nose in her business and made a few suggestions.

Smart as a whip, she said, “You suggest it, you do it.” I created a rod for my own back, but that’s another story.

I crafted a website. I had/have some skill with SEO and put a couple of keywords together.

I managed to get the website to #2 on Google for the keyword teepees. But it was such a niche keyword with only 170 searches a month in South Africa at that time. Apparently, Covid-19 has had some effect because searches in South Africa are around 1 300 per month. Celia has sold a lot of teepees in 2020. Clearly folks needed to entertain their children in lockdown.

But I’m in deep trouble with Celia because we are now sitting at #9 on Google for the keyword ‘teepees’. She has given me an ultimatum. “Either get me back to #2 (I’m not even asking for #1) or you are fired as one of our imagineers, and I’ll not be inviting you for dinner any time soon.” (Not that she has invited me for dinner for a long time … Covid scuppered that one good and solid.

Seriously, though, we went down in the rankings because we hardly posted any articles for a while now. This goes to show, that content marketing is a thing. The optimum posting schedule is an article a day. For mere mortals who don’t have blog writers on their payroll, four times a month is adequate.

So, my job as of today is to try and get the site back to #2. I’ll check back in a month or two and see if it can happen with a couple of tweaks I’ve made.

Excellent service, it was a pleasure to deal with you! Your Teepee’s are very well made and good quality. I will definitely order from you again. THANK YOU!!

What did Celia do right?

More than a teepee

I love what Celia has done with this business. It’s entertaining, educating and connecting children, it’s created work for other folk, and she’s having fun doing it. What more can one ask for in a business?