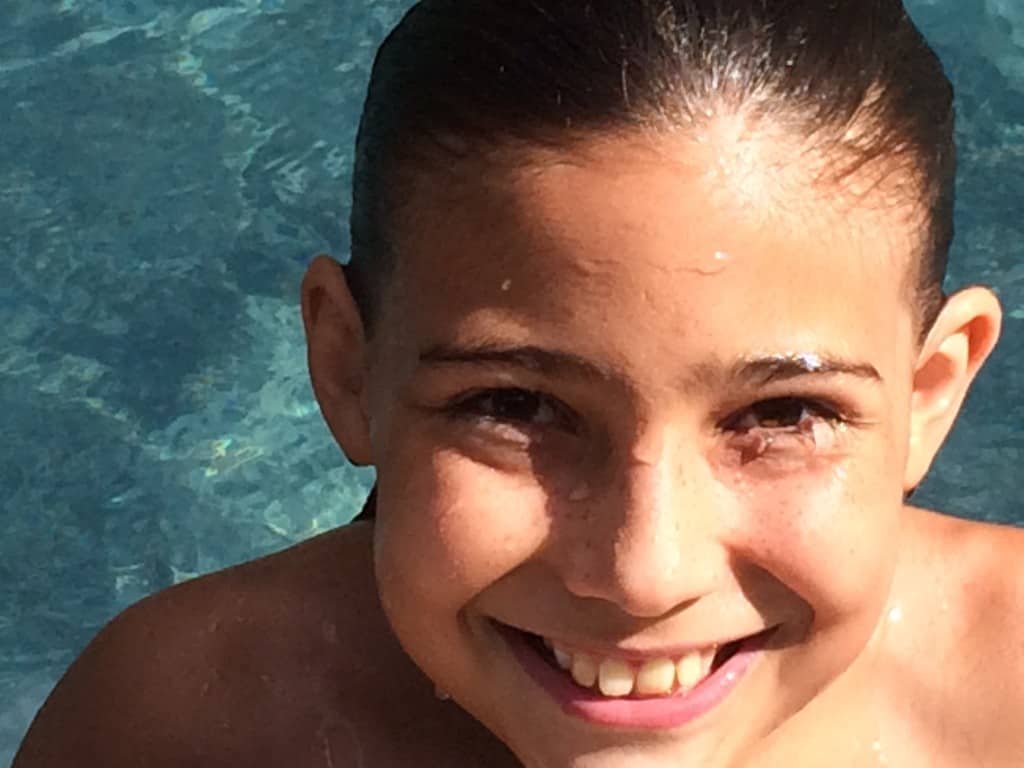 My daughter, Rebecca, was around three or four years old – I’m hazy on the timing, but I’m crystal clear on the story I’m about to relate to you. It’s indelibly inked into my psyche.

Rebecca reached out her hands to Simoné and I and said, “Mommy, daddy, I want to tell you something.”

She led us to a couch and indicated that we should sit. She stood facing us. As I looked up into her eyes I drowned into the depths of my soul. Rebecca was gone. Someone or something else had replaced her. I can only describe it as the deepest wisdom I’ve ever experienced. I had the feeling I was meeting a blue-painted Pict that had been forged in the crucible of countless Caledonian winters. I didn’t get the feeling that she was a warrior, though. Her eyes were too gentle for that. They were like pools of love. If I were to describe her with the limited lexicon available to me, I’d have to say she was some kind of shaman.

Rebecca (the Pict) spoke, “You were chosen.”

I looked at her nonplussed. She looked at Simoné and I with patience and with the total love only a parent can have for a child.

She continued, “The old crone and I were sitting together waiting for you. And, when you came past she smiled, kissed me on my forehead and gently pushed me towards the two of you. And, you know what mommy and daddy? I’m so glad that we chose you.”

Instantly, after she uttered those words, the eons of wisdom faded from her eyes. She became a child again and I had the illusion of becoming the parent again. She came to us and we all hugged and held onto this wonderful moment. If the great architect of the universe called me home right then, I would willingly have gone because for me, in that moment, all was right in the world.

I’ve been given more than is due to me

Ever since then, I’ve felt so blessed that this soul presented herself as flesh, named herself Rebecca and chose me as her father and Simoné as her mother. I know that by being graced by Rebecca, I have already been given more than is my due on this short journey.

Take a moment to pause and have a look at your child, your lover, your spouse, your parents, your friends and your work colleagues. Look into their eyes. Feel the call … the call of one soul choosing another. Remember, no matter whom you are or your station in life, someone has seen you. Someone has reached out to you. That alone should be reason enough for you to carry on with what’s left of journey in awe and gratitude … because you, you’re the chosen.

Jacques that is such a powerful and emotional story. Looking into someones eyes – really looking is often hard to do, and we dont do it often enough. Thanks for reminding me.