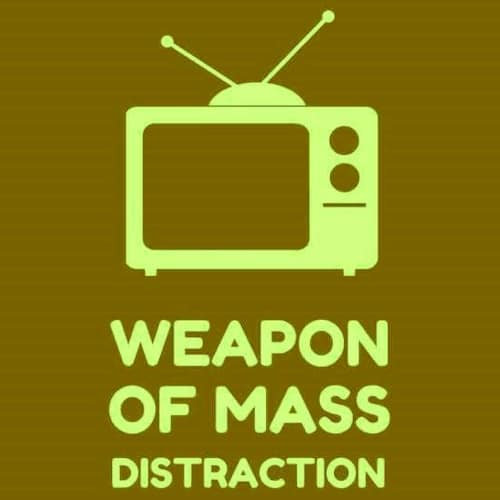 If we heed those three words, this would be the world’s shortest and most effective time management course.

Is your life being infected by television? Are you deferring your dreams so that you can stay entertained?

I have the feeling that watching too much television is a dull-witted distraction taking us from pure potential to mediocrity.

I can’t quite remember where I saw this statistic … but it went something like this.

The average American watches approximately 7 years of television in his or her lifetime.

I would imagine that the average South African probably watches just as much television.

I don’t know about you, but I find that a horrifying statistic.

I know what I would do. I would try and become more significant and less ambivalent, sloth-like and uninspiring. I would make every breath I take count. I would:

And, add social media to the television mix and then the figure changes dramatically.

What are you doing with yours?