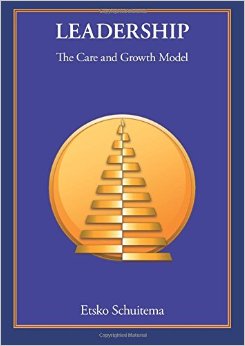 It is axiomatic that the key distinction between maturity and immaturity is the difference between giving and taking. A manager who is principally there to get something from his subordinates is not only fundamentally immature, but he will also cultivate resistance from his people over a period of time. The reason for this is that if one is in a relationship with anyone who is trying to get something out of you your instinctive reaction is to resist the relationship and to withhold what the other wants from you.

On the other hand, if a leader is here to make a contribution he will cultivate people who are here to make a contribution. The reason for this is that if you experience that someone is in the relationship in order to give something to you then your instinctive reaction is to please that person. This means that successful leaders are experienced as people who are there to give something to their following, and not just to get something from them.

This quality of being here to serve does not mean that the person should always be sweet and kind, it means that their behaviour should be appropriate. In other words giving does not mean being nice, it means being appropriate. The surgeon may work very hard to save the patient and in the process cause the patient the most nightmarish pain. This does not negate the fact that the surgery is done in the patient’s interest. In other words being here to give means acting consistently with the right thing to do in any given situation, rather than that which is pleasant.

The word “values” I think should be reserved for this notion of what the “right thing” is in any given situation. The reason why I think it is important to reserve this particular meaning for the word is that people often seem to think that a person’s values are those things that are important to them. Now, it could be very important to me to do rude things to little boys, but that does not mean that pedophilia is a value. Just because something is important to a person does not make that thing a value.

To make sense of this issue it is therefore important to distinguish quite clearly between needs and values. Needs typically refer to those things that one wishes to get. If I want something from someone else then my behaviour towards that person will be based on my needs, on that which I want to get from them. In order to understand how needs are different from values let us first understand what giving actually means.

The importance of value-driven behaviour

Assume I have two separate interactions, one with John and one with Steven. Both of them need something from me, let’s say a pen, which I give to both of them. However, they have a different experience of my giving of the pen. John’s view is, probably based on past experience, that the only reason for me giving him the pen is so that I can go to him tomorrow and demand something that I want. Steven feels that I gave him the pen for no other reason than the fact that he needed the pen. The question here is who is going to be loyal to me?

Clearly John has experienced me to be a manipulating rascal, where as Steven will see me as having been quite sincere. It seems that John therefore will be loyal to me. Now, if one tried to account for the difference between the interaction with John and that with Steven then that difference will clearly not lie in the behaviour itself, because what happened behaviorally in both instances is that one person handed another person a pen. The difference lies in my intention, in other words, what is important to me. In John’s case he saw that in giving him the pen I was pursuing my needs, Whereas Steven saw that I was trying to do that which the situation required, my behaviour was value-driven.

This suggests that true giving requires a person to act for a reason which is higher than their self-interest. Giving requires that we set aside our needs and act instead on the basis of values. Few people, for example, would argue that when one speaks to others one should consistently lie. This suggests that we all understand that the value that underlies all communication is honesty. In other words, when you are in a situation where you have to speak then you should speak the truth.

The argument is therefore as follows: Every situation that confronts you has two possibilities within it. The one is what you want to get, what your needs are in that situation. The other is to consider what the right thing to do is, what is the value that is operative in that situation. A leader’s subordinates are generally as acutely aware of what the value in a given situation is. In other words, when he acts in a way which confirms his own interest rather than what the right thing is to do, this becomes immediately apparent to his people. They conclude that he is self-serving and therefore withhold their trust.