I recently met with Rodney Opperman, the Senior Manager in charge of Hossy shaft at Lonmin. His account of his own career made it apparent just how much of a people game mining is and how bonds of loyalty build careers and robust mining businesses. The most interesting feature of his account is that a subordinate can act consistently with the Care and Growth criteria in his relationship with his boss. One of the most significant influence in Rodney’s early mining career was a Team Leader who reported to him. This is his story: 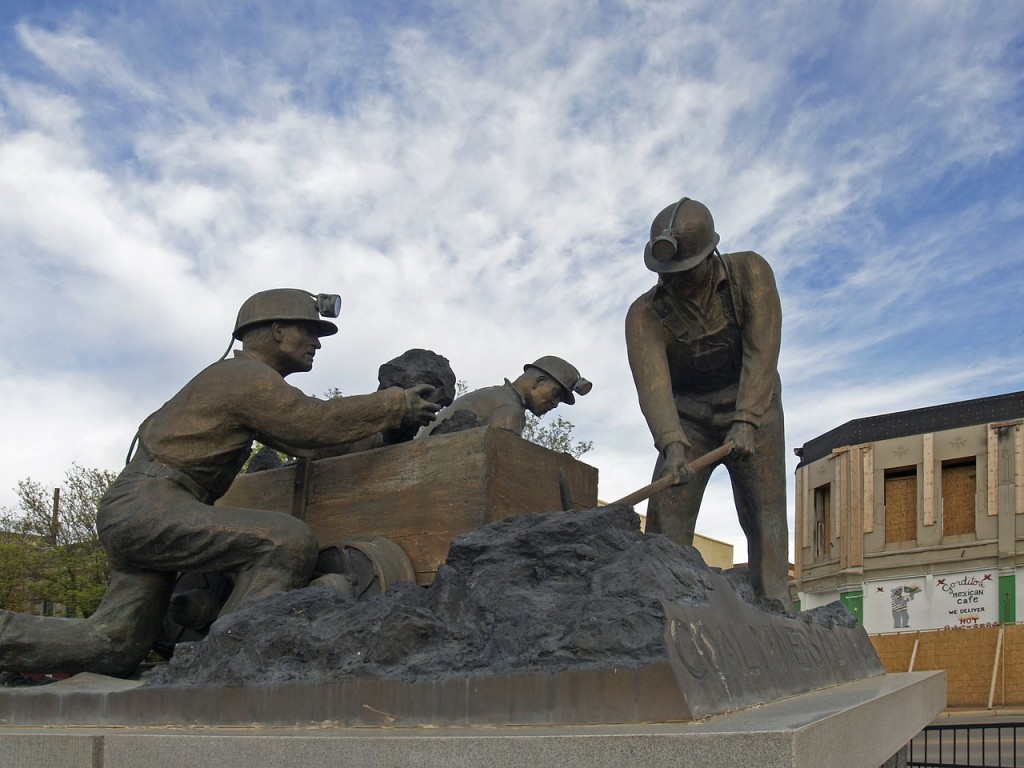 I started in the mining industry 24 years ago as a learner miner at the then Chamber of Mines Training College (CMTC) in Virginia in the Free State Province, being a 19 year old it was in my father’s footsteps that I wanted to follow as he planted the seed early on in my life.

I worked as a learner during school holidays on a mining Gold plant where my father was the plant superintendent, I knew nothing then about the value chain and how each function operated but was happy to be just there among the adults. I then opted for the underground mines as a learner miner, I had no clue what to expect but I knew that I had to survive and had to adapt fast and quick. In 1990 I ended up at President Steyn 2# in Welkom after completing my Learner ship this is where my career started, it was also nearer to home as I was staying in a nearby community which was closer to where I was working then. To be precise the distance that separated the mine and my community was more or less 4 Km and I used to jog or even walk to work on a daily basis. 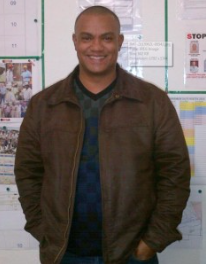 At PS 2# things were hard, I had no experience and production pressure was hard I had no alternative but to deliver. I had no plans on how I would keep my job because when I showered in the afternoons I only saw bearded, old and though experienced men, men of men, people that had been in this industry for many years and knew what was expected of them.

One day on my shift I was sitting in the ‘madala side’ (back area of an underground stope panel),  where I used to hide and sometimes sleep; waiting for my shift to end. At the time I really did not care whether they blasted the panel or not. It was their problem, not mine. I was the the miner and they were the “madodas” (the men). They needed to blast and I needed to report if I had blasted. That was mining for me then. The turning point in my career came when on a specific day the team Leader came to me and told me that he wanted to teach me mining.

I began to excel in my miners role, Dlamini invited me to come and visit him at the nearby ‘compound’ or miner’s village where he was staying. He stayed in a hut which was a replica of the traditional village original. At first a thought to myself, what are you doing, a coloured in a black village? Are you testing peoples patience or are you trying to be a hero? I soon discovered while at the village that every person is the same, we have the same needs, we have the same dreams, we have the same affection and demand the same respect. There I met the other members of the team I worked in, I saw the respect they had for Dlamini; who I later discovered had some royal background.

At the same time I also met a young energetic Shift Boss called of Dirk Steyn. He was my immediate supervisor who I would meet again later in my career. He was very ambitious and had drive, was very influential and wanted nothing but the best. He would become the first person who I  invited to my engagement to my now wife of more than 17 years. Dirk later became a Mine Overseer and decided that he wanted to move on with his career. He gave me his phone numbers when he moved to Rustenburg in the North West. 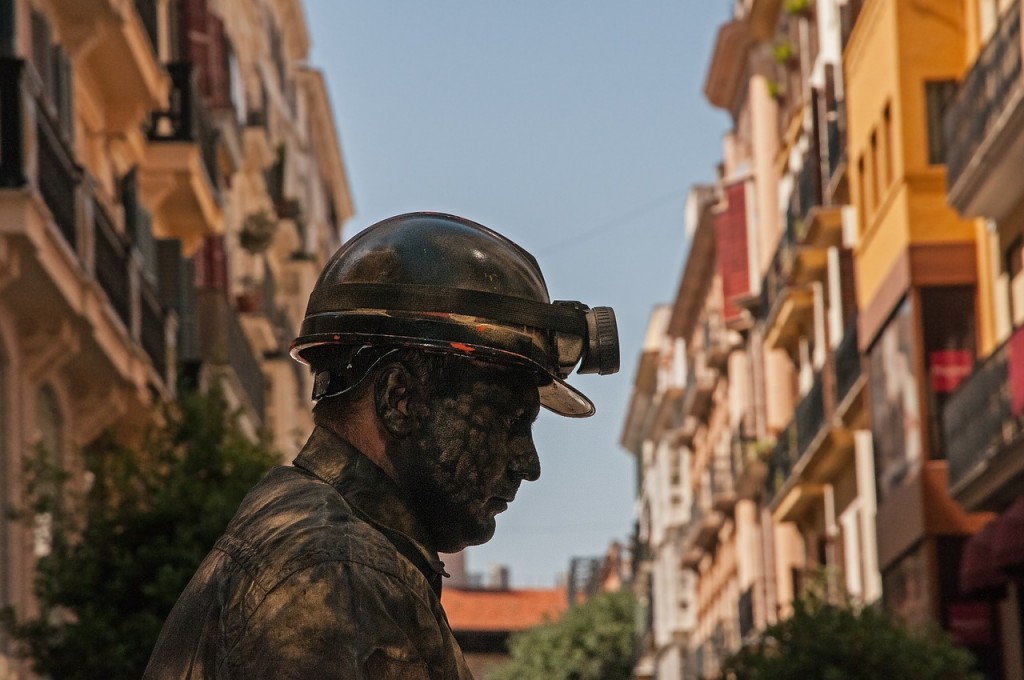 Meanwhile the turning point in my career came when Dlamini one day met with me at the waiting place while I was doing some administration. He came to me sit opposite me and looked me in the eyes and said: “Rodney when I am old and retired you will still be mining”. I disagreed with him but never knew what he meant by those words; it’s only now that it makes sense to me. I decided that if I want to make it to the top I need to study; I need to use the teachings he taught me and apply them to whatever I do. I need to give myself to life and see what life gives me in return. I soon got promoted as a Shift Boss and excelled.

I met an industrial psychologist called Allison Tomasi-Sutherland who was married to an Italian. This woman believed in me; she said that she knew that at the right time my inner person would be released. She took me through some test and started seeing me regularly. There was a breaking point in her career when I was denied entry for a scholarship into university by an old General Manager. She soon resigned but left me with this words “Rodney when you think you are in a comfort zone never believe that you arrived but rather focus again and start from the beginning”. She said this would make my enemies nervous and meant that I would always be one step ahead of them. We lost contact; I never heard or saw her again but her words are still part of my life.

I decided that I need to move on with my career; my wife and I decided that Rustenburg in the North West would be a place to go: our kids were still young and to bring stability about in their lives we need to go to a place where there is opportunity. I started working at Impala Platinum and after 6 months had enough of the Platinum province. The culture was not the same; there were no respect; the people here were horrible; they were not treating each other with dignity; so I decided to go back to the Free State. 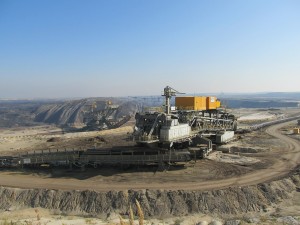 On my last day in Rustenburg just before we packed to go back to the Free State; my wife decided that we need to go to a local bakery to buy something for the road. On our way out of the shop I saw this man sitting in his bakkie (pickup truck). The man’s face looked familiar so I went over to find an older, more matured version of Dirk Steyn, my Shift Boss from Pres Steyn. This man had  a taught me a lot; and I had also given him a lot. Because of my good performance back then he got promoted as a Mine Overseer.

He asked me what I was doing in Rustenburg and I told him that I was working at Impala but had enough and was on my way back to the Freestate. It is at this Bakery where Dirk convinced me to stay in Rustenburg and also convinced me to join him at Lonmin Platinum, a company that I have now been working for the past 11 years. I started as a Shift Supervisor in Dirk’s section; the same person gave me a helping hand in letting me act as relieving mine Overseer when he went on leave or had to attend any courses of any kind.

I never looked back; I am a Senior Mine Manager now and this is my story.