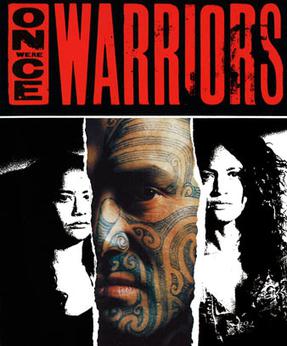 It took my mom just over 12 years before she finally left her abusive marriage.

Her harrowing ordeal still affects me today. When I’m prepared to go a bit deeper and delve into the hidden and well-protected part of my psyche where the demons live, there’s always two questions that come up. “Couldn’t I do more to protect her?” “Why did it take so long for her to leave?”

I can never answer the first question without deep agitation but I can certainly take a stab at the second one.

Mom must have realised pretty soon into the marriage that she had walked into a nightmare of pain and terror. So, why didn’t she leave immediately, two years later or even seven years after?

Possibly she stayed for me and my two siblings so that we could have some semblance of a family?

Maybe she stayed because divorce was taboo (ish) in those days (1965 onwards) and she didn’t want to disappoint her strongly Calvinist parents?

Could it be that she stayed because it was more difficult for women to get serious work in those days and she was beholden to her spouse’s salary? Can you believe that in those days a woman couldn’t go into many (if any) contracts without her husband’s signature. Can you imagine?

Near the end, she was holding down three jobs including her cashier job at Kentucky Fried Chicken (now, KFC) to keep the disastrous enterprise afloat. So, no, it couldn’t be because she was afraid to stand on her own two feet.

Or could it be pride and not behaving appropriately to the situation? I may sound uncharitable and insensitive. And, since my mom has passed on, she can’t even defend herself. And, every woman in my mom’s situation right now would probably want to hang me from the nearest tree for suggesting something so preposterous.

It was the harrowing New Zealand movie Once Were Warriors that put this notion into my head. Here’s the skinny. The protagonist Beth runs away and marries a hard-drinking brawler called Jake the Mus … totally against the wishes of her noble Maori family. They thought that he wasn’t good enough for her because he came from a slave bloodline. She vows never to go back to her family.

18 years later she’s living in squalid conditions with a brood of five children. Jake has lost his job Her eldest son has joined a gang and the second-eldest is in reform school. Jake who is nearly always in a drunken rage, often rabidly beats Beth. Despite this her pride would never allow her to leave Jake because to do so would be to admit that her family was right and she was wrong.

Things come to a head when their adolescent daughter, Grace is raped by a friend of her father at a party at the house. Grace hangs herself as a result.

Beth’s world is shattered. She decides to leave Jake and in the final scene says (and this is the entire point of this text):

“I’ve found something better Jake and I’m going to make damn sure my kids have it all. From now on I make the decisions for my family. You’ve got nothing I want … Our people once were warriors. And, unlike you Jake, they are people with pride, people with spirit. If my spirit can survive with you for 18 years, then I can survive anything. Maybe you taught me that.”

She takes her four remaining children and goes back to her family. She finally did what was right for her children.

“So, how does Beth’s situation relate to your mother?” you may ask. My mom divorced my biological father when I was just over a year old after the stupid man had an affair.

I was privy to some letters he wrote her begging her to come back to him. I think she’d have waited until hell freezes over before going back to him. Even though she was living under the most severe circumstances, her pride would never allow her to admit to him that she’d made a mistake (not in leaving him of course, but in staying with my stepfather).

So, what was the “Grace” moment that finally made my mother say “no more” and leave her second marriage? I can guess, but I can’t say for sure. All I know is that she eventually found the strength to leave with us, her three little children. She finally said, “You’ve got nothing that I want …”, and freed herself and us. For that, I’ll be forever grateful.