In the first article of this series, see here, I pointed out that if you questioned people as to the qualities of the boss they would work for because they wanted to, then the attributes which they would mention would amount to synonyms of two key qualities, namely care and growth. I also argued that if I worked for a person willingly because they cared for me and gave me an opportunity to grow, then I would implicitly give that person the right to demand delivery from me, in other words, to exercise power over me. This care and growth criterion, in other words, is the criterion whereby people grant others the right to exercise power over them. It is therefore the criterion of legitimate power.

It therefore makes sense that people use this care and growth criterion with regard to power, because it suggests that the job of the superordinate for the subordinate in any relationship of power is care and growth. If the superordinate is not seen to fulfil this role the subordinate will not fundamentally accept the legitimacy of this relationship. In the relationship between the doctor and the patient, for example, the doctor has the authority or the power. The aim of this power is to care for and enable the patient. If the patient does not feel that the doctor is doing this adequately (by prescribing unnecessarily expensive medicine, for example,) the patient will withdraw from this relationship.

People frequently assume that the legitimacy of power and democracy are one and the same thing. The problem with this view is that the democratic notion is not nearly as universal as one may assume. The fact that the word democracy does not exist as an original word in any other language other than Greek attests to this. The word democracy in Zulu is exactly the same word as the one used in English, except that it is pronounced with a Zulu accent.

The democratic notion is therefore a peculiar European cultural prejudice that has been dressed up in the clothes of universal truth. That this dressing up is largely foreign to most people is borne out by the fact that there are probably as many definitions of what the word means as what there are people alive. However, what all of these definitions will have in common is an egalitarian spirit. More than anything else the democratic notion implies a spirit of equality.

It is precisely in this spirit of equality where the problem lies. We have indicated that what makes power legitimate is that the superordinate cares for and grows (empowers) the subordinate. For this to happen it is critical that the superodinate is superordinate. In others words, one cannot care for and enable anyone of you are equal to them. Not even in the relationship between the coach and the athlete do you have equality. If the athlete does not view himself as subordinate to the coach, if he does not submit his will to the critical instruction of the coach, then the coach cannot do his job for the athlete. 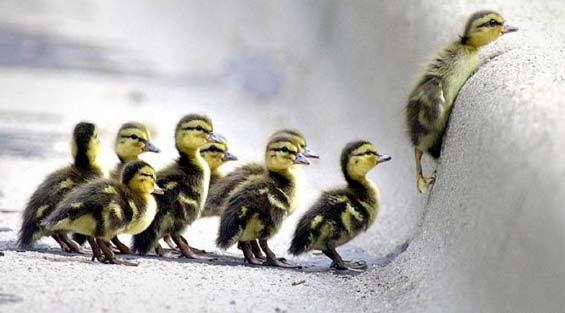 One of the attributes which we have associated with the growth theme is that of fairness. However, if one worked for a boss who was consistently fair with you his  behaviour would not necessarily be democratic. If, for example, you did something which was fundamentally unacceptable this person would discipline you. Their behaviour in this disciplinary process would be autocratic. They would indicate that there are certain things that are not negotiable.

The problem with the assumption that legitimacy and equality go hand in hand is demonstrated by what has happened in the democratisation of the classroom, where it is no longer the teachers who beat the children, but rather the children who beat the teachers. The outcome of this is that the child remains uneducated. If the aim of a legitimate relationship of power is the empowerment of the subordinate, then the current insistence on equality of the teacher and the pupil constitutes a fundamentally illegitimate relationship.

What there democrats miss in all of this is that there is room for both autocratic and democratic behaviour in a perfectly legitimate relationship of power. Going back to our parenting metaphor for example, if you had a child of 9 months old who was beginning to walk, and had fallen a few times, then the appropriate thing to do would be to take the child’s hand. This taking of the hand is an entirely autocratic imposition of control.

If at this point one had a terrible attack of liberal conscience and decided you had to democratise this relationship, you would probably assume that the child is mature and stand as far away as you could. The child would fall, be injured and be unwilling to attempt this walking lark for some time. This indicates that the inappropriate democratic suspension of control can indeed be disabling. It would amount to the same sentence that one would pass over the child if you insisted that they always had to hold your hand, because then they would not be able to walk on their own either.

If what makes power legitimate is that it cares for and grows the subordinate, then this criterion can only be satisfied if there is an incremental rather than absolute suspension of control. The fundamental reason for this is that growth itself is an incremental process. No one is born 21 years old with a leather jacket and teeth. It takes one 21 years to get there. The degree of control imposed in a relationship has to be based on the maturity of the subordinate. This maturity itself is a moving target, hopefully in a progressive, upward direction. This suggests that the democracy/autocracy debate is fundamentally a red herring that diverts the attention from the real question of legitimacy, which is whether the control that is being exercised is appropriate to maturity of the subordinate.