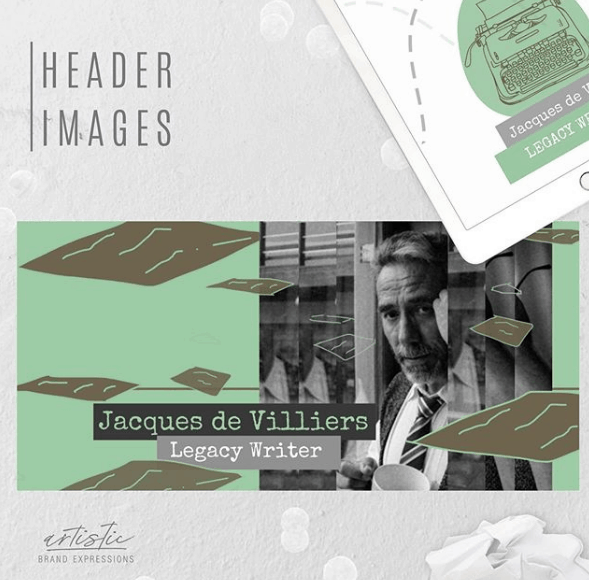 @yvette_hess : “I used the same way of approaching this as I do with most things in life, using very little to say or make a lot.

I used one element, the papers illustration, copied and pasted, faded some parts to create illusion of depth. I used one black and white photo, I liked the moody one.

And I copied and pasted parts to suggest broken, fractures, tying into the reflection to the left. Which was tied to his book entitled “What if Hollywood doesn’t Call- A Fractured Monk’s Guide to Enlightenment”… I wanted it to appeal to the heroes that Jacques writes about, to see themselves in the fractures.

If the target market can see themselves, in the visuals, then perhaps it doesn’t become a matter of “how much is your offer?”, but rather moves towards “did I tell you about that time when…”.

It moves from trying to sell to your target market, to serving them, solving their deep problem. In this case, it’s Jacques helping them tell the tale of their thirty three fractures in LinkedIn bios and memoirs.”