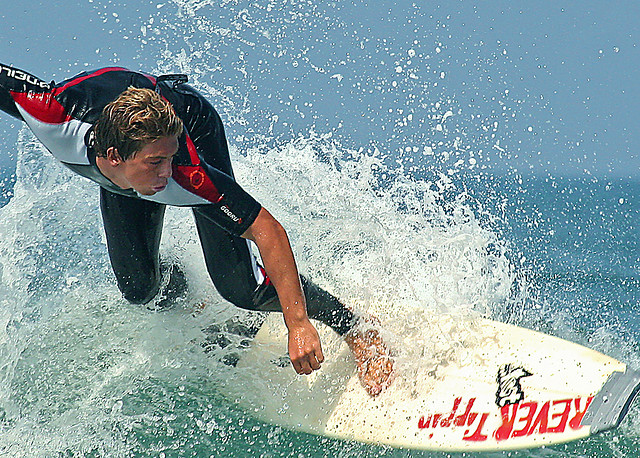 The ecstasy experienced by surfers is a simple manifestation of Majesty.

The euphoria of surfing is enabled by the ions created when waves break, when the surge and culmination reaches a climax and then falls in submission is the moment when energy is released and joy is experienced at a profound level.

For a surfer to surf – the dynamics are:

1) Witnessing the majesty: the absolute force and might of the wave; something that is by far greater than you, with a force beyond what is possible to ‘manage’. The surfer can only be in awe of this Phenomenon.

2) In Awe, the surfer has to submit, because trying to overpower the wave is ludicrous! You have to submit to it.

4) Patience – the wave does not arrive when you are ready, it is synchronised to a larger rhythm and ‘time-piece’. The surfer can only wait – and has to accept the divine scripting.

5) The surfer, lying in wait, has to read the ocean, its rhythm, its motion. Waves (culmination and climax) come in sets of three. On the horizon, the surfer sees the rising mounds and knows the approach is imminent. He prepares for his approach, cautiously but with great effort he paddles to meet the wave’s crest and then launches to become one with it and get in sync with it. It is synchronised and in step with creation. 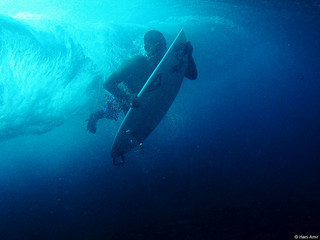 6) The surfer, suspended only by a ‘plastic boat’ – floating amidst the vast ocean. Nothing and no-one can shield him from the vast and majestic force of the ocean. Nothing separates him from the innumerable creatures and factors that could inflict harm, nothing except the Benevolence and Grace within which the surfer is enveloped. A surfer fundamentally connects with this – whether consciously or not, there is a deep knowing and a deep connection: which religious people may choose to call faith.

7) He does all this, suspended in a ‘nothing-ness’ and a vastness beyond his own comprehension, in order to be one-with the crest and climaxing of the rhythmic shifts of our primary element.

8 ) When he reaches the pinnacle of the activity, within the barrel of a wave, and is spat out with great force – he knows that he is a mere witness, not in control – and he has to submit, bow to the Totality of the Other.