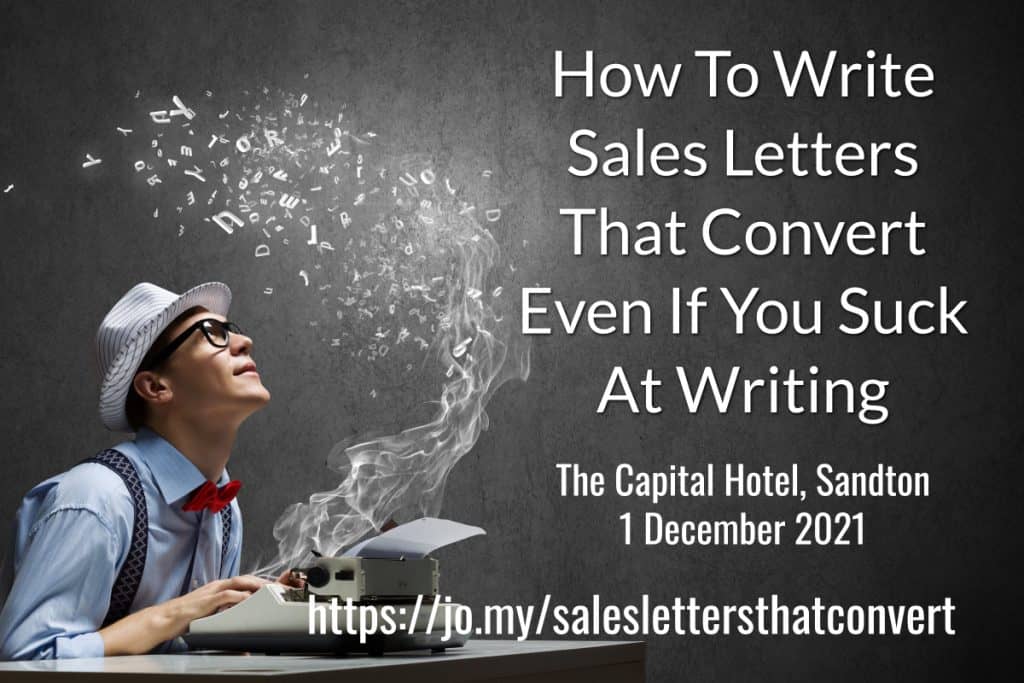 Have you ever looked at your business and thought that it would be further along than it is now?

I was there in 2007. I left a secure job and decided to start my knowledge sharing business as a speaker, coach, trainer and consultant. You may remember that in 2008 the sub-prime mortgage meltdown pretty much decimated the world economy, including South Africa.

The bottom fell out of my fledgling business and it was almost dead on the vine as companies battened down the hatches to ride out the storm. I climbed into my savings and bought a direct response copywriting course from the USA.

It was kinda my last throw of the dice and I had no Plan B. When I received the course in the mail a couple of weeks later I devoured it and learned everything I could about direct response advertising.

I then read everything I could lay my hands on by some of the top copywriters the world has ever seen: David Ogilvy, Joanna Wiebe, Drayton Bird, Joseph Sugarman, Robert Collier, Victor Schwab, John Caples, Eugene Schwartz, Gary Halbert, Claude Hopkins and many others.

Find Out How You Can Attend The Mastermind

That was a smart move on my part.

Smarter still was when I bought Gaffney’s Business Contacts in South Africa – chambers of commerce and industries yearbook and buyers guide.

I designed a course called How To Persuade Anybody To Do Almost Anything. I decided to aim for sales teams in small towns, nationally. I knew that most companies probably couldn’t afford to send their teams to Johannesburg where I was based.

So, going to them was a smarter option.

I physically retyped every name and email address into an Excel spreadsheet and started marketing hard via email.

For the next 5 years I took my trusty laptop, projector and screen and set up training sessions in hotels, boardrooms and guesthouses in small towns across the country. From Malmesbury to Magaliesburg. From Nelspruit to Nylstroom. Klerksdorp, George, Plettenberg Bay, East London, Port Elizabeth, Upington … you name it, I trained sales teams there.

Before I’d wiped my eyes out, more than 4000 delegates had enrolled on my seminar over the subsequent 5 years. All because of a database and one powerful email sales letter.

As a consequence I started consulting to companies and writing their direct marketing copy, landing pages, marketing scripts and telesales scripts. This created a copywriting business that is still going strong today.

It’s undeniable that I know how to write copy that converts. Perhaps this could be useful to you. I’ve put my decades of copywriting experience into a day mastermind session which I’ll be running on 1 December at the state-of-the-art Capital Hotel, Sandton. You’ll learn all the strategies, secrets and hard-won, field-tested direct response copywriting knowledge I’ve amassed over the last 20 or so years.

Work with me on 1 December.

I’m excited to have the the Capital Hotel Group as my preferred venue partner. I’ll be holding my masterminds in Cape Town, Nelspruit, and other towns where they are represented. 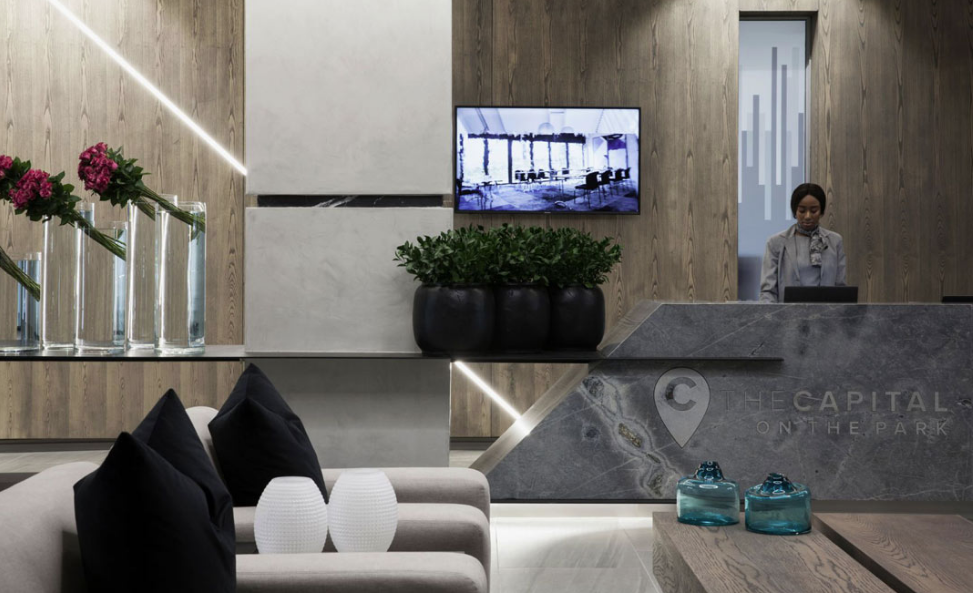