In a previous article I argued that what establishes the conditions for willingness among employees is that they have the view that management is in the relationship with them to care for them and to provide them with an opportunity for growth. Further we established that to grow people was to give them the means, the ability and the accountability to do the task.  By means I would understand those things which one would either add value with, such as tools, or add value on, such as resources. Ability refers to the skill and knowledge required to do the task and by accountability I would understand consistent rewards and punishments related to the performance of a task.

Assume that I am a farm owner and that I have two farms, each run by a manager. The first manager is a particularly skilled and diligent farmer. He does all he possibly can in the season in order to ensure a good crop. He ploughs at the right time, he fertilizes at the right time and goes out of his way to do all that is within his power for the crop to be a success. However, at just the wrong time there is a terrible, completely unexpected and unseasonable hailstorm and half the crop is lost. Despite the fact that the farmer did all he possibly could, the results of the enterprise are poor. The question is here whether it would be fair to still punish the farmer because the results were poor and clearly this would not be the case. 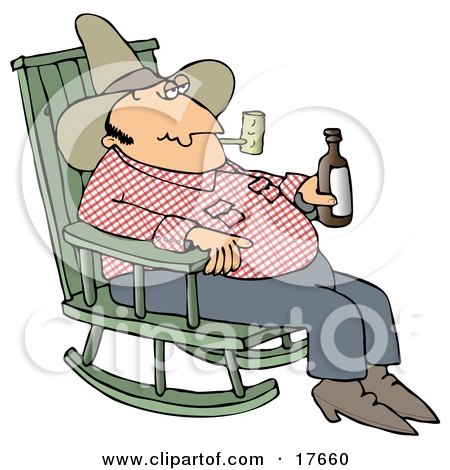 The second farmer is a lazy fellow, the proverbial verandah farmer, who whiles away his day on a rocker, his hat slung low over his eyes, his pipe clenched between his yellow teeth and a half jack of brandy nestling in his fist. He does not plough as he should, is very slapdash with his farming and generally tries to get out of the sun as quickly as possible. However, this is a lucky fellow, because this particular season the weather is all on his side and he gets a reasonable crop, although it could have been much better had he done what is required of him. The question here is should one still reward him for the reasonable crop and one’s immediate response would be that this would also be unfair. This fellow should be punished because he did not do what was required of him.

If one were to hold these two farmers accountable for the results alone one would end up punishing the first farmer and rewarding the second. If one transposes this thinking to an organisation it becomes clear that using results as the key measure for accountability creates the conditions where the criteria for holding people accountable become completely arbitrary and as a result one literally cultivates both mediocrity and short term thinking. It is impossible to assess whether a manager is jeopardising long term viability for short-term success by examining the results alone. One can only make this assessment by examining what he is actually doing.

In fact, to hold people accountable for results is to disable them. If you get something, then the thing that you are getting comes from the other toward you. If you give something then that which you are giving moves from you to the other.  Of these two possibilities the only one that you really have any power over is over what you are giving because that sits in your hands. What you get sits in the hands of the other. The other has power over that, not you. What you is what you give, the result of what you do is what you get. If I hold you accountable for what you get I therefore focus your attention on that which you do not have power over. I literally disable you!

People should therefore be held accountable for what they do, and not for what they get or the results of what they do. This is not to say that the results are irrelevant, because that would be equally silly. When we spoke about the role of the leader as the coach we said that the coach was not the one who produced the results, the player did that. The coach’s job was to enable the player. However, the coach would not be in a position to do this if he did not understand what was on the scoreboard. What we are suggesting is that the relationship between accountability and the results is complex, and this complexity patterns in terms the following four permutations:

How to Hold People Accountable

Permutation 1: Accountability is positive (ie people are doing what is required of them) and the results are positive. In this case the person should be rewarded and the standard for the task should be stretched. If  a person is to grow then clearly remaining with the previous standard is not going to enable this.

Permutation 2: Accountability is positive and the results are negative. There are two possibilities here.   Firstly, the results are poor because of something completely out of the control of the person. An act of God, if you like. The second possibility is that standard specification for the task was inappropriate. In other words, you were requiring the person to do the wrong things. At least in this case are now able to review what it is that require the person to do. If you only focused on results you not be in a position to make this assessment. In both of these cases it would still be appropriate to reward the person.

Permutation 3: Accountabilities are negative and the results are positive. The person should be punished or censured.

Permutation 4: Accountabilities are negative and results are negative: The person should be censured or punished as is appropriate.