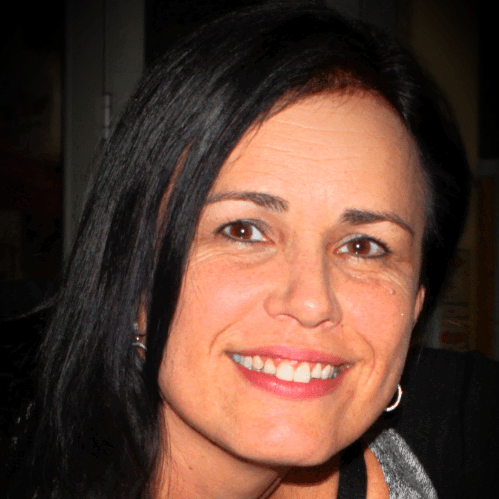 Our base condition is ecstasy. That’s what we’ve been designed to experience. An ecstasy of such a profound character and nature, that to experience it even for a moment is to fulfil a life. It is to have achieved the purpose of a life. More frequently than not, however, we experience the opposite. We are somewhat fearful and discontented, feeling at the mercy of forces that are outside of our control. If this euphoria is therefore our base condition, how is it that we don’t experience it? Why are we then so alienated from our own core truth and our own core reality? It is as if we are people who are in a tropical climate, in parkas, feeling cold. From one point of view, its unutterably bizarre that we do not experience the euphoria which is the core condition of our being. Euphoria and ecstasy is what blood is made out of. It is what metabolizing is constituted of. It is the essence of breathing, it’s the essence of looking, it’s the very essence of being.

So why don’t we experience it?

If you can imagine coating your tongue with plastic, and then drinking a sweet sherbet, and surely afterwards you’d say, “I can’t taste the sherbet, I can’t taste anything.” We’ve coated our beings with a film that makes it impossible for us to experience the reality.The coating on your being that repels experience is a lack of appreciativeness. It is the attribute of a lack of gratitude. You cannot savour what you have not let into your being. When you deem what you have as not good enough you do not let it in. You cannot savor it.

If you have in front of you the most stupendous bouquet of flowers, but your attention is on the other side of the room, hoping that something beautiful would appear on the wall, you don’t see the bouquet of flowers that is in front of you. Without appreciating what’s in front of you, your attention wanders somewhere else. We don’t experience that which is immediate because we have somehow convinced ourselves  that we’re owed something else, something else that is better. The desire to have better is by definition a resentment of the actual. It rehearses the assumption that we deserve more.

Resentment has a twin brother called guilt. They have the same effect. Both guilt and resentment work in the same way. We can describe guilt as resentment aimed at the self, whereas resentment we would normally apply to the other. The problem with both is that they force you into a competitive relationship with life. As soon as you’re either guilty or resentful you’re playing angels and devils, you’re saying “better than” or “worse than”. You’re either putting yourself above or you’re putting yourself below. In a sense, we are least forgiving of our own failings.

I’m not suggesting to give yourself license to carry on like a maniac. However,  you have to understand that a man who deems himself unworthy cannot fully savour what he’s been gifted with. If I say I am unworthy then everything I receive is like stolen property. In this sense my lack of worthiness disables my appreciativeness and gratitude.

Our sense of guilt and resentment towards ourselves produces a discourse of unworthiness. and that theme of unworthiness is deeply toxic to ourselves. It is the key thing that perpetuates our suffering. It is true that an arrogant man is really hiding his inferiority. Similarly, a resentful man is really hiding his deep sense of unworthiness. Because if you’ve done me in, then I must be a lesser being worthy to be done in. Then I’m not worthy. I’m not significant enough to not be done in. I might be articulating resentment towards the world, but what I’m actually articulating is my own sense of inadequacy and unworthiness.

A resentful man is really hiding his deep sense of unworthiness. same time the slave dominates the one who grovels in front of him. That’s not a free man. The humility of the free man is that he grovels to no one and nobody grovels to him.

He is so sure of this extraordinary miracle of his own life that he no longer needs to compete. He doesn’t have to show anybody that he’s superior to them or inferior to them. He is no longer having an argument with life. He is at peace.

You have to understand that your sense of of unworthiness and of resentment is not a private affair. It is like thinking that you can put sawdust laced with arsenic in a potato sack and then toss it into the river, and you won’t poison the water! Guilt and resentment is the most public affair. It is the first crime. Absolutely all our misbehaviour is the product of these deadly twins.

Guilt and resentment is the most public affair.

Why should anybody steal anybody else’s stuff, if he doesn’t somehow feel that he’s been done in? Why would you do anything harmful to anybody else unless you were suffering from an illusion that you’ve been done in, that your life is miserable and that you’re miserable? So you have to understand that at the root of our criminality is the conviction that we’re not worthy or that we are owed more, that the world is not worthy.