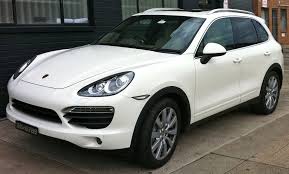 I always thought that it would be cool to drive a Porsche. And, I’ve always wanted to write a best-seller.

Recently, I found myself driving a Porsche and the author of a best-seller.

Except … it didn’t quite play out as I expected. When I said “drive a Porsche” I actually meant “own and drive my own Porsche”. It turns out that my wish of driving a Porsche came true!

Except that I drive my sister’s children to school from time-to-time. It is her Porsche (Cayenne). She is called Snowy (that’s another story altogether).

The best-seller. It has been written by me but not under my name because this one was one of my ghostwriting projects. So, the “author” of the book is getting all the kudos (ok, I got paid some money which made my bank manager happy).

So, I suppose the goal-setting gurus have a point – your goal must be specific.

This specificity clause bit me when I was a little younger. I had always had company cars that were white. When I started my own business, my goal was “I want a red car”. Talk about being vague.

You might think, this is a cool car to have.

I had just started out in business so cash wasn’t flowing as freely as it is now (who am I kidding, it still isn’t flowing freely).

If I got a testosterone boost and put my foot on the accelerator, it gulped petrol like a camel who hadn’t seen water in six months. My petrol bill was horrendous.

Hit mags on potholes. Can only repair them so many times before one has to buy another set.

I should have said that I want a red Midge – would have saved me lots of money and stress.

Lesson (again) – when it comes to goal-setting be specific.

This article was published in the Volksrust Recorder – 10 October 2014

Thanks for the inspiration

Thanks Laurens, are we seeing you at the Golden Gavel contest on Monday?

[…] goal setting article, A Funny Thing Happened On The Way To My Goals appeared in Volksrust Recorder – 10 October […]