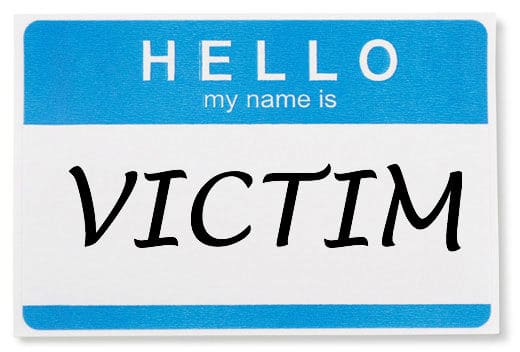 In previous articles I have indicated that legitimate leadership based on the Care and Growth of subordinates is ultimately concerned with cultivating the accountability of the subordinate. We argued that this accountability would only hold if the following conditions are met:

That the person has the means and the ability to do what is required of them.

That the person is held accountable for that which they can actually do rather than the results of what they do.

One often comes across people who do not accept accountability even if the conditions under which they are being held accountable subscribe to the above criteria. In a case like this one is dealing with a person who displays the behaviour of a victim. A victim is a person who fundamentally accounts for misfortune in their lives on the basis of what the other does to them. They feel out of control and at the mercy of forces greater than themselves. Their attention is fundamentally structured around what they get from the other, rather than what they are doing to the other.

Now we must know that if you want something from someone else, that person’s ability to withhold what you want makes you manipulable. They are strong and you are weak. They have control and you are under their control. It therefore means that you therefore do not feel any sense of accountability for what is happening to you. You become reactive to the agenda that the other stipulates. In this sense the other retains the initiative and the power in the situation and feel like the victim in the situation.

Accountability: turning a gripe into a goal

This way of responding to things is above all a habit of thought. This habit will manifest in behaviour which may best be described as griping. Victims gripe with great enthusiasm because it is a means whereby they disclaim any responsibility for what is happening to them. Dealing with someone who is griping is essentially a counselling skill that is concerned with getting the griper to turn their gripe into a goal.

If one thinks about it carefully, there is little difference between a gripe statement and a goal statement. In fact they would both refer to the same objective set of circumstances, except that the statement sounds like a gripe and the other sounds like a goal. For example, I may say that my gripe is that I am losing my marriage. If I wanted to turn this gripe into a goal I would say I want to save my marriage.

The goal statement is therefore not a solution. A solution, for example, would be to go and see a marriage councillor. However, the intention of this process is not to provide the person with a solution to their problem since this only serves to underscore their helplessness. The aim should be to cultivate their accountability. If I say I am losing my marriage then this condition of the loss of the marriage is being done to me. However, to say that my goal is to save my marriage then it becomes my project and therefore my accountability.

Typically a conversation which is aimed at turning a gripe into a goal would go through four Phases:

In the listening part of the conversation the aim is to understand what the person’s gripe really is. To do this successfully means to restrain the habit of the average manager to instantly provide a solution to the problem that the person is describing. To guard against this it is important to remember that this process is not concerned with providing solutions, it is concerned with cultivating accountability. It is therefore important to restrain the impulse to be Mr. Fixit and to allow the person to have their say. Understand that people often do not speak about that which is actually bothering them because they do not quite understand what is wrong. It is therefore important to be patient with this part of the process to all the root issue to become apparent.

The outcome of listening part of the conversation is to establish a clear and unambiguous statement of what the problem actually is.

It is important to make sure that exactly the same content that is in the gripe statement should be in the goal statement. For example if my gripe is that I don’t earn enough money then my goal is to earn more money. As soon as the statement sounds like a solution, for example, to get a night job, then the aim of cultivating the accountability of the person is undermined.

The aim of the brainstorming part of the conversation is to establish an action plan whereby the person may achieve their goal. Typically there would be three elements to this. Firstly one would encourage the person to explore ways in which they could achieve this goal. The idea is to encourage both sensible and off-the-wall suggestions. Once you agree that all possible means to achieve this goal have been explored the next step would be to edit them order to identify those that would feasibly contribute to achieving the goal. The final step is to sequence the useful ideas into an action plan.

Having produced an action plan which would result in the griper achieving their goal it is important to ask the person whether it is worth their while to follow the action plan in order to achieve the goal. It does not matter whether the person accepts the action plan or not, the overall aim of establishing their accountability for the situation that they are in has been established.

For example, let say that my goal is to save my marriage and in order to do this I should be kind to the dog, stop drinking, take my wife to the movies and spend time with the kids. Assume that I am asked whether it is worth my while to do these things and I say no. What I am really indicating is that I have considered the price that I have to pay to save the marriage and I choose not to pay it. I am therefore accountable for the state that I am in.

Invite Etsko to speak at your next event.

3 Comments on “Four Steps to Cultivate Accountability in a Victim”

Thanks for this article, Etsko. It certainly is an object lesson in taking accountability. And, it makes one pause before one decides to have a pity party.