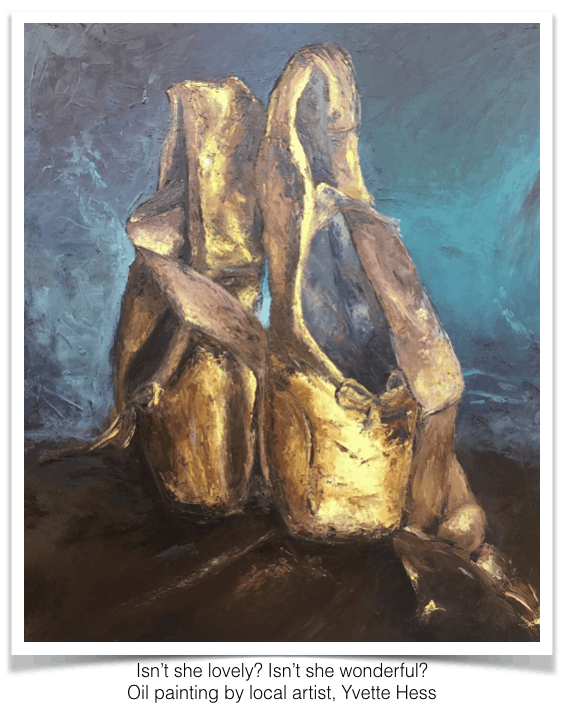 Before I start, professional speaker, Alan Heyl, the last surviving member of the Stander Gang died on Friday. Like many of us in the speaker fraternity, I knew him well and broke bread with him on a number of occasions. My condolences go out to his sister, Sylvia.

Before reading this text, read the health warning. “Advice, wrote David Foster Wallace in The Pale King, “even wise advice — actually does nothing for the advisee, changes nothing inside, and can actually cause confusion when the advisee is made to feel the wide gap between the comparative simplicity of the advice and the totally muddled complication of his own situation and path.”

So read this piece of text with some circumspection. It’s a blind leading the blind kinda thing.

I’m so done with being incarcerated, aren’t you? If I thought that life is unfair (which I don’t) I would shake my hands in frustration at the dolts who are determining and decimating our destiny. I feel like we’re the love child of a gang bang between the Red Queen (I don’t know what you mean by your way, all ways here belong to me), Mussolini and Animal Farm (All animals are equal, but some animals are more equal than others). A fascist, communist and sociopathic clusterf#ck. Some of the human, social and economic decisions that are being made by people ill-equipped to run and ice cream truck, let alone a country, blows my mind.

But that’s not fair and it is uncharitable that my register is so strident and judgemental. We’ve never had to deal with something like this and pretty much nobody can predict the future. As Seth Godin said in his recent blog post, “When it comes to predicting the future we do it all the time, constantly and we’re terrible at it.”

Nonetheless, there are many decisions that baffle me. If taxis are only allowed to be 70% full … how are 16 people in a taxi as opposed to 20 people (100% full), social distancing? How’s that going to make a difference? South Africans being a non compliant lot as it is, you’ve got more chance of dating Angelina Jolie in lockdown than a taxi running at 70% full. That’s because the taxi industry and unions for that matter, have bent our government over the table and call the shots.

Banning cigarettes and alcohol? One doesn’t see sophisticated countries doing this. Maybe our government thinks we’re still on the teat and need protection from ourselves. Besides the billions of Rands in lost taxes (which we are so going to need) were just creating wannabe Al Capones and driving up crime. Someone is going to make a lot of money and its not going to be you and me. I also wonder why half the country is out and why the rest of us are imprisoned.

I’m too scared to mention that maybe we do need to look at the economy and get all people back to work in case I’m branded a cruel, fascist and and a Noordhoek jackbooted Sturmabeilung detachment hauls me out of my home for the charge of not having any humanity and charity in me. I’m neither a futurist nor an economist (they’re quickly sliding down the ranks of credible professions and will soon end up in the trough with discredited journalists) but the scale of human suffering in South Africa is going to be absolutely horrendous in the next year. And, there will not be nearly enough tax collected to help those we are trying to protect now.

I don’t know if you’ve noticed that we are becoming more polarised in our views and it is starting to divide us. I really think we’re going to stuff it up after we get out of this incarceration. I think the whole human consciousness movement will fade out and we will become more nationalist. We will become an even more selfish species. The irony is that were not even good at that because we make such poor decisions in our own best interest.

I think the Chinese will take the brunt and become a pariah nation. It doesn’t matter whether this thing was an accident because of their inhumane eating practices or whether they manufactured this; they’ve been found wanting. To be honest, I’m more predisposed to buying local (even if it costs more) as a result of this. Unfortunately, the Chinese fingerprint is everywhere, even on this computer I’m typing this piece of text on … so, buying local might be a Grail Quest. Let’s see how that plays out.

I’m on a lot of WhatsApp groups at the moment. They all start off with good intent, romance and red wine. But they seem to end up more War of the Roses. Most of these groups have a specific agenda but soon the members’ agendas start appearing and then the whole thing goes tits up. That’s when I delete or mute.

It is becoming apparent to me that the reason this happens is our need for significance. We want our voices to be heard and our self-interest to be fulfilled. We think that if we shout louder than our compatriots we will be taken seriously. But, if you read anything about the hero and the mentor in my last newsletter, you’ll know it is better to be the mentor (if you want to make money in your business or get ahead in your career, that is). It is better to disappear so that others can appear. The trick is to figure out why self interest is not in your interest.

I need to see beautiful things

I can’t keep looking inside anymore, it’s desolate, I need to see something beautiful. And that’s going to have to be outside. Did you know that you can visit 2 500 museums virtually? Check out my friend, Yvette Hess’s Isn’t she lovely? oil painting and read the backstory.

Do you have predatory or receptive attention?

Human excellence specialist, Etsko Schuitema has written a brilliant piece about leading in catastrophic times. This requires subtle but profound leadership qualities. One of the most profound qualities of great leaders in times of change is related to the way in which these leaders use their attention.

Should South Africa take a loan from the International Monetary Fund or the World Bank?

Since my speaking career has tanked, I’ve become economics expert as one does. If you read the Confessions of an Economic Hitman it’s probably not a good thing to take a loan since it never ends well for the borrower. In the book, some deep state power (in this case the USA) manipulates the country for its nefarious purposes. And, those that don’t comply get assassinated. So, it sounds like a shitty deal to me.

But then again, for South Africa it is still just a choice of which master runs it. The USA through the World Bank or the Chinese through I don’t know what vehicle. From what I’ve heard China has invested more than $15,2 billion by 2017 into South Africa. I’m sure more has come into the coffers. It’s a choice between being run by capitalist masters or communist masters. I suspect that our government prefers to be run by communist masters, the same masters who think that consuming Rhino horn will give them a boner. I may not be entirely fair to the Chinese … evidently, the Vietnamese have bigger (or is that smaller) penis problems and are by far the largest consumers of Rhino horn.

To skin a cat

Hat tip to master story teller, Rob Caskie for providing me the lead to this story. “Please Google “To skin a cat”. This is all about Tristan Dickerson, who I know, a leopard expert trying to save leopards by making fake leopard fur in China for Shembe followers. It is an in credible story. Singly, Tristan has done more for wildlife conservation than many of the big names-an incredibly humble, self-effacing young man. He has even been to Tibet to catch and collar Clouded Leopards for research purposes-nobody else could catch them alive.” Watch the video and read this compelling story.

For those of you who have had the privilege of hearing the enchanting and mesmerising stories told by Rob Caskie, you are in for a treat. He is putting his memorable stories on Patreon. Here’s your chance to watch a master story teller in action.

I kid you not, a week before lockdown I bought Old Spice aftershave. I put some on the other day and it immediately transported me to the Karoo and my grandfather. For a brief moment, I felt safe.

In the 70s (for me at least), the adult men wore only three aftershaves: Old Spice (circa 1937 for the working man), Tabac (circa 1959 for the sophisticated man) and Brut (circa 1968 for the bad ass). I wrote this piece about my grandfather a while ago. Edge of the Rain – I spent many a Christmas holiday on my grandfatherʼs farm in Loeriesfontein, 100 kilometres from Calvinia, in the Northern Cape, South Africa. The farm was typical of most farms in the hot and dusty rain-deprived Karoo. It was unrelenting, unyielding and fit only for sheep, ostriches and the toughest human. Not much grew on it except quinces, the hardiest of weeds and the toughest of shrubs. When I looked at my grandfather, the craggy lines spidering across his face told the story of hardship and suffering. And, sometimes in an unguarded moment, heʼd drop his pose and let me look into his piercing blue eyes and into his soul. Even at a young age I could fathom the undercurrents that that ripped through his soul – regret, hopes dashed, dreams downscaled and sorrow for potential unfulfilled. If you want to read the rest of it you can download it off Dropbox.

What I’ve written, what I’m reading and what interests me …

Thanks for reading. This newsletter is free but not cheap. To show your support, forward it to someone who’d like it or engage in my marketing services, buy my book or support my friends (#buylocal).

If you’re seeing this newsletter for the first time, you can subscribe here.

[…] thing, however, has become apparent to me. Remember in the last newsletter I said that I had grandfather issues (Old Spice) and not father issues. I think I was wrong … […]