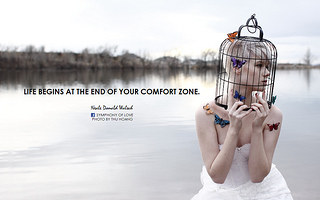 One of the reasons that people purposely avoid stepping outside their comfort zones, is to avoid being challenged. We want to surround ourselves with others like us, the contemporary world is no less full of tribal concerns than the era’s which we have labeled dark. Identity is wrapped up in place, this translates as ethnicity/culture, gender and social rank.

We learn where we fit and where we don’t fit very early on, and many people will choose to stay where they were first grown. Only when folks begin to understand that place does not equal self, do they “risk” stepping outside their self-imposed boundaries. This requires courage.

Courage is needed not because venturing into the world of the other is particularly frightening, but because it immediately highlights one’s own conception of where they are in the scheme of things. People who consider themselves self-aware will be shown just how much they may be missing about themselves.

For example, Amani is egalitarian in nature and hugely dislikes pomposity and notions of “class”, but when situated amongst people she finds “coarse” and “uneducated” her own middle-class expectations are brought to light. When this discord between her idea of her self and the reality of her self is highlighted it produces in her feelings of disquiet, she can either meet the challenge it presents or retreat back into what is safe, spouting mantras about the beauty of diversity with people of equal “education” and “background” over coffee, and never going near the people who provoked disquiet within her again.

This latter is the option to take if her objective is to serve the self, however if her objective is to serve the other, what is required is that she take the plunge and allow her “self” and her notions about life to be challenged by other people. This is of course why some people choose to retreat, because their self-motivated intent is shown to them and they don’t like this, preferring to believe in the benevolent fiction that they have created in their minds. 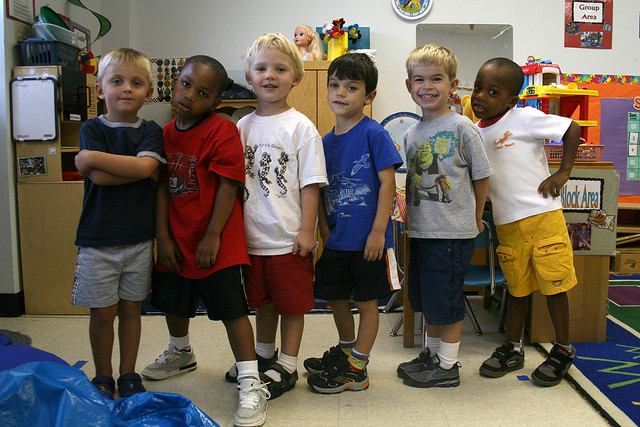 It is through such fictions that we maintain ideas of boundaries and difference. But to be truly accepting of diversity it means taking people as they are whilst simultaneously understanding that they are in fact, much, much more than they present. And it is this open-endedness that makes the process bearable. Because if the other has unlimited potential, then so do we. We have a meeting place here with the other, even if nowhere else at first glance.

I have always disliked the word tolerance because it presupposes that there is something negative that must be endured. Yet tolerance is frequently proclaimed as a virtue. But by focusing on the negative attribute of the other even if focusing to “tolerate”, we are zooming in on the fact that something we get from them, something they do, is flawed, and so the attention is on what we get. This is why so much conversation about “tolerance” is a charade, arrogance behind smiles with clenched teeth, ‘I love you because I’m told that I have to, and that by doing so, it will make ME a better person.’ The focus is on the self, I tolerate to get.

This is why, in the conversations that we have about diversity, we have to take tolerance out of the picture. Even if the person being “tolerated” decides to (in Amani’s case) rise above their sub-standard education and “bigoted, one-eyed views” enough to “tolerate” back, all we have is two people grappling with their egos and stamping down their internal dialogue about the stupidity and wrongness of the other, in order to produce a smile.

Diversity is a very keen highlighter of intent. This is why the challenges that it produces are actually a very great blessing. One of the areas that often comes to light is where diversity intersects significance. One’s own tribe is automatically going to understand the markers of significance that “count” and respond to them, even if it is just by rote or convention. But the other may not recognize the little flags that you are waving in their face, that demand recognition and attention, and this is great tantrum making material. One thinks “I am doing all the best things, serving them in the best way, and yet they are incapable of recognizing this, what is WRONG with THEM?’ 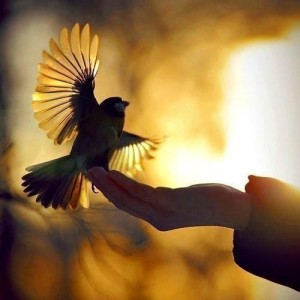 Obviously the problem lies with the NEED for recognition, not the lack of it. The objective should be to serve, not to receive. But frequently, even service involves incorrectly focused intent. One serves the other thinking that one has something to offer them, one possesses a “betterness” that one can transfer with a benevolent heart. White people and wealthy people are particularly good at this, as though carving out a slice of privilege and offering it to those less “fortunate” is really service.

No, this is arrogance. Service is offering yourself to the other, truly believing that they have something to teach you. Opening yourself up to difference, not by stamping down your arrogance and letting it brew and fester under your big boots. But by letting yourself go. By falling into the fathomless, falling outside of tribe, acknowledging the grip of conditioning and letting it pass by. By being open in the full sense of the word.

Diversity highlights intent. It may seem a paradox but giving is really about receptiveness. However it is not a receptiveness that grasps and encloses in order to get, rather a receptiveness that understands that there is a singularity beyond all plurality, and that we are unified whether we choose to acknowledge it or not.