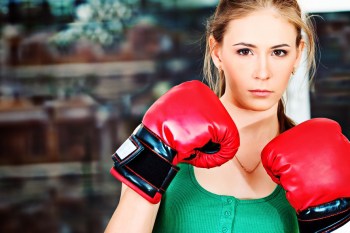 Pam was feeling upset. She and Craig just had an argument. In fact, she was also feeling confused. She thought she was doing the right thing. He obviously didn’t.

They’d been at a lunch with friends earlier. She was telling everyone how amazing Craig was – he’d just got a promotion, he was doing so well, with a HUGE increase on top of it all.

When they got home, he complained angrily, “I really hate it when you tell everyone my personal stuff. Can’t you keep your mouth closed for once?”

Pam, hurt and surprised, immediately defended herself. “But I am so proud of you. You just don’t appreciate what I do for you. You’re so nasty. I can never do anything right in your eyes.”

Secretly she also thought about the article she had read which wrote that men liked to be praised in front of other people. It made them feel appreciated. So much for that wisdom!!

Neither of them spoke much after that, both fuming inwardly.

You may have had similar conversations with your partner at some time or another. I know I have.

Now I could unpack both parties’ sentences and look at a better way of saying this, but for this post I will focus on the fact that Pam defended herself.

What’s the problem with the way Pam responded to Craig’s complaint?

Craig was not heard. He raised a problem with the hope that the two of them could sort it out. Pam did not acknowledge that he was raising an issue. In fact she turned the issue around and blamed him for something else. She literally attacked him back.
The problem was not tackled. It was ignored and will remain unsolved. It IS going to pop up again in the future.

Pam did not take any responsibility for upsetting Craig. She was not being accountable. She was merely shifting blame.
Instead of dealing with the current issue, Pam introduced more issues.
The bond between the two has been damaged and both parties are feeling unheard, unappreciated and upset. The chance of their relationship spiraling downwards is strong.
The way Pam handled the issue is destructive.

How could she have handled this in a more constructive way?

Craig complained angrily, “I really hate it when you tell everyone my personal stuff. Can’t you keep your mouth closed for once?”

Pam responds, “I never realized this would upset you. Can you tell me more?”

Pam allows Craig to explain what was going on for him. She LISTENS to him.

Pam closes the conversation: “Thank you for sharing that. I understand where you are coming from. I apologize and will take care in the future.”

How does this response play out in the relationship?
Craig feels heard. He raised a problem with the hope that the two of them could sort it out. Pam acknowledges the issue.

Pam invited Craig to explain. The problem was tackled. It will only come up again if Pam does not honour her commitment to take care with what she tells people.
Pam takes responsibility for talking about Craig’s stuff. She demonstrates accountability for her actions.

Only one issue is dealt with and is dealt with until it is solved in some manner.
The bond between the two is stronger. Both parties are feeling heard and acknowledged. Their relationship is on a sturdy footing. The way that Pam handled the criticism is constructive for both of them and for the relationship.

Defending yourself destroys your relationship. Don’t do it.

Criticism may not be agreeable,
but it is necessary.
It fulfils the same function
as pain in the human body.
It calls attention
to an unhealthy state of things.

Through her coaching practice, Kirsten helps people move forward in their lives. She has well over 1 300 hours of coaching experience for both private and business clients. She is a member of COMENSA. Kirsten is a prolific blogger.[/author_info] [/author]