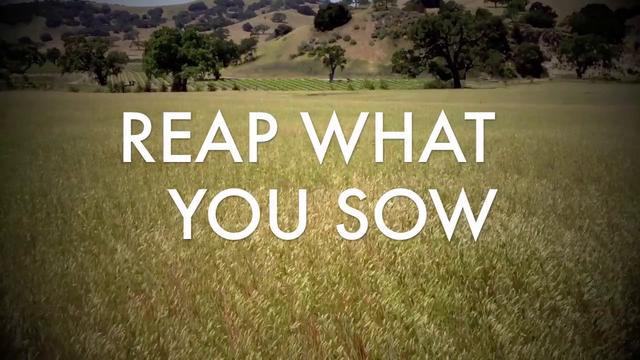 One of the key leadership challenges is cultivating the conditions in which employees are willing to go the extra mile. Many bosses fail to crack this code.

This is clearly axiomatically true. This is like the claim that the angles within a triangle add up 180 degrees; self-evident with interesting implications. One of the implications for organisations of this idea is that employee commitment, engagement, and willingness are essential elements in organisational success. This clearly follows. If organisational success is accounted for by the contribution of the individuals that make up the organisation, then the more committed to, engaged in, and willing to make said contribution the better. We can say this simply by acknowledging that truly successful organisations are populated by individuals that are willing to go the extra mile in contributing to the organisation.

This clearly means that one of the key leadership challenges is cultivating the conditions in which employees consistently rise to the challenge of going the extra mile. This is a complicated matter and there are numerous ways in which this can wrong. I have borrowed a list from Travis Bradberry of the ways in which leaders characteristically fail to get their employees on their side. This can provide a guideline for leaders by providing some what-not-to-dos.

New research from Stanford shows that productivity per hour declines sharply when the workweek exceeds 50 hours, and productivity drops off so much after 55 hours that you don’t get anything out of working more.

If you must increase how much work your talented employees are doing, you’d better increase their status as well. Talented employees will take on a bigger workload, but they won’t stay if their job suffocates them in the process. Raises, promotions, and title-changes are all acceptable ways to increase workload.

If you simply increase workload because people are talented, without changing a thing, they will seek another job that gives them what they deserve.

It’s easy to underestimate the power of a pat on the back, especially with top performers who are intrinsically motivated. Everyone likes kudos, none more so than those who work hard and give their all.

Managers need to communicate with their people to find out what makes them feel good (for some, it’s a raise; for others, it’s public recognition) and then to reward them for a job well done. With top performers, this will happen often if you’re doing it right.

3. They don’t care about their employees.

More than half of people who leave their jobs do so because of their relationship with their boss. Smart companies make certain their managers know how to balance being professional with being human.

These are the bosses who celebrate an employee’s success, empathize with those going through hard times, and challenge people, even when it hurts. Bosses who fail to really care will always have high turnover rates. It’s impossible to work for someone eight-plus hours a day when they aren’t personally involved and don’t care about anything other than your production yield.

4. They don’t honour their commitments.

Making promises to people places you on the fine line that lies between making them very happy and watching them walk out the door. When you uphold a commitment, you grow in the eyes of your employees because you prove yourself to be trustworthy and honorable (two very important qualities in a boss). But when you disregard your commitment, you come across as slimy, uncaring, and disrespectful.

After all, if the boss doesn’t honor his or her commitments, why should everyone else?

5. They hire and promote the wrong people.

Good, hardworking employees want to work with like-minded professionals. When managers don’t do the hard work of hiring good people, it’s a major demotivator for those stuck working alongside them.

Promoting the wrong people is even worse. When you work your tail off only to get passed over for a promotion that’s given to someone who glad-handed their way to the top­­­­­­­, it’s a massive insult. No wonder it makes good people leave.

This fear is unfounded. Studies show that people who are able to pursue their passions at work experience flow, a euphoric state of mind that is five times more productive than the norm.

7. They fail to develop people’s skills.

When managers are asked about their inattention to employees, they try to excuse themselves, using words such as “trust,” “autonomy,” and “empowerment.” This is complete nonsense. Good managers manage, no matter how talented the employee. They pay attention and are constantly listening and giving feedback.

Management may have a beginning, but it certainly has no end. When you have a talented employee, it’s up to you to keep finding areas in which they can improve to expand their skill set. The most talented employees want feedback — more so than the less talented ones — and it’s your job to keep it coming. If you don’t, your best people will grow bored and complacent.

8. They fail to engage their creativity.

The most talented employees seek to improve everything they touch. If you take away their ability to change and improve things because you’re only comfortable with the status quo, this makes them hate their jobs. Caging up this innate desire to create not only limits them, it also limits you.

9. They fail to challenge people intellectually.

Great bosses challenge their employees to accomplish things that seem inconceivable at first. Instead of setting mundane, incremental goals, they set lofty goals that push people out of their comfort zones.

Then, good managers do everything in their power to help them succeed. When talented and intelligent people find themselves doing things that are too easy or boring, they seek other jobs that will challenge their intellects.

[author] [author_image timthumb=’on’]https://www.jacquesdevilliers.co.za/wp-content/uploads/2015/09/Screen-Shot-2015-09-05-at-1.39.49-PM.png[/author_image] [author_info]Assad Schuitema is currently an associate lecturer at the University of the Witwatersrand, lecturing in the field of philosophy. His philosophical interests are primarily devoted to the study of ethics. Ethics is a field that is in desperate need of revitalisation and new discourse. Let us all bring our minds together to engage in an ethical discourse that is needed in the field of ethics and the world more generally.[/author_info] [/author]