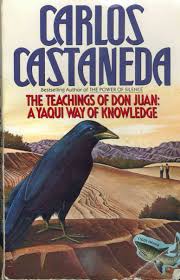 This may or may not be so.

But I think that the attainment of knowledge is a lot more complex than Bacon’s oft quoted sound bite and maybe it needs to be interrogated more fully.

I recently read Carlos Castaneda’s, The Teachings of Don Juan – a Yaqui way of knowledge and becoming a ‘man of knowledge’ is no easy task according to the author.

In fact most people don’t succeed in gaining true knowledge because we don’t have any idea that when we follow the path of learning how hard it will be. And, because it is hard, humbling, frustrating and ego-sapping, we quit our pursuit for real knowledge.

Not only intellectually, mentally, emotionally but in terms of what we may discover. We may prefer ignorance because the path to real knowledge is not an easy one.

According to Don Juan, there are four enemies to becoming a ‘man of knowledge’:

Some people run away from knowledge believing ignorance is bliss. Some people don’t want to find knowledge because it might challenge the very foundation of the beliefs they currently hold. And, as we know, it is easier to stick with the status quo, than to delve into the unknown.

Also, the journey for knowledge is unpredictable. One never knows what learning will come across your path and which direction it will take you in. Knowledge can really mess with your plans and throw you off kilter.

The rule to overcoming fear is not to stop seeking knowledge. If you keep striving to become a person of knowledge, the fear will be defeated and you’ll have clarity.

The clarity of mind that is so hard to obtain, dispels fear, but also blinds. “It forces the man never to doubt himself. It gives him the assurance he can do anything he pleases, for he sees clearly into everything. He is courageous because he is clear, and he stops at nothing because he is clear,” said Don Juan.

The danger of clarity is that once you have it, you become certain. And, sometimes that certainty dulls the need to learn or yearn for any more knowledge. And, that’s when we stop and rest on our laurels, so to speak. And, when we think we know the answer and think that our answer is the right one, we become arrogant and ultimately ignorant.

To know that our clarity is subjective and that our knowledge can be tested and found wanting, gives us power.

When we have knowledge we become powerful. Herein lies the danger … we command, we take calculated risks and make rules because we are the ‘master’. Often we lose ourselves and don’t know how to properly use this power. We can become arrogant and capricious.

How do we defeat the third enemy? Don Juan said, “He (we) has to defy it, deliberately. He has to come to realise the power he has seemingly conquered is in reality never his. He must keep himself in line at all times, handling carefully and faithfully what he has learned.”

And, when we come to the end of our journey of learning, the fourth enemy sneaks up on us: Old age! This one we cannot defeat completely, but only fight away.

I can’t say it better than Don Juan: “This is the time when a man has no more fears, no more impatient clarity of mind – a time when all his power is in check, but also the time when he has an unyielding desire to rest.”

If we give in to that desire we lose the last round and the enemy will cut us down into feeble old creatures. I suppose it is only when we fight off the tiredness and live our fate through that we can be called a ‘person of knowledge’, albeit only briefly.

But, I would rather be seeking knowledge with my dying breathe than live a life of ignorant bliss, wouldn’t you?